When longtime client Syngenta sought to differentiate its Action brand fungicides in the turf industry, what made the products unique also posed the greatest communications challenge: the science.

To break it down into layman’s terms: Each of the three fungicides contains two active ingredients. One targets and controls different diseases that can decimate turfgrass; the other, a plant activator, works like a vaccine against disease, heat and drought.

While it’s easy enough to grasp how traditional fungicides work to control disease, conveying the additional value of the plant activator was more complicated.

So how did we get people to see the unseen? Virtual reality (VR).

The backdrop for this campaign was the 2020 Golf Industry Show. Why was this pre-COVID-19 event your focus?

LN: The Golf Industry Show (GIS) is the largest conference for golf course superintendents in the country, and Syngenta is a flagship sponsor. Planning for the show began nine months in advance, when Syngenta told us they wanted their Action brand family of fungicides to be their primary focus for the show. Based on their business goals and insights, we began conceptualizing the booth theme and interactive feature, which were the foundation for all other show activities and promotions including advertising, media relations, digital/social media and more. 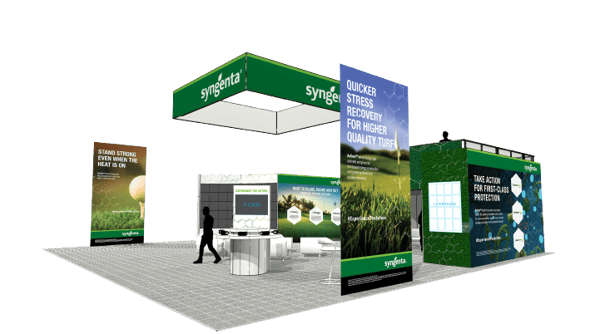 Where did VR come into play?

AD: A unique aspect of these products is that you don’t always actively see them working on the grass surface but rather on the inside. So, how do you show something that’s not that obvious? By actually going inside the plant. We knew VR would be an innovative way to highlight the complexities of this trio of fungicides and allow us to stand out from the competition with a truly immersive experience.

We drew inspiration from superhero movies and video games and created the sensation of shrinking down to the size of an atom or ant. Designing the “Experience the Action” world became the catalyst for the design of the remainder of the GIS experience.

LN: G&S collaborated with Syngenta to write the VR script and oversaw the development of the 360° journey inside and outside the plant with three distinct segments:

At every stage of the development journey, the team consulted with Syngenta scientists and university researchers to validate the VR content. The constant fact-checking protected the integrity of the science to ensure the experience was more than just a marketing claim, serving up a real experience of the action unfolding inside the plant.

This was a full, integrated effort. Tell us about the 360-degree campaign.

LN: In the weeks leading up to the show, the team generated awareness and anticipation for the virtual reality experience with fully-integrated promotions across traditional and digital channels, including print advertising, geo-targeted digital advertising to show registrants, and organic and paid social promotions. Press engagements with industry trade media promoted the VR experience, and a dedicated landing page on the Syngenta website offered a preview video and detailed information about the Action products.

As a show sponsor, Syngenta leveraged aisle signage and a teaser video at the trade show's main entrance to drive attendees to the booth, which portrayed the theme of #ExperienceTheAction and centered on the Action brands. Large panel graphics and a preview video at the booth itself included visuals from the VR experience, enticing visitors to travel inside a turf plant and experience the products at work.

According to an exit survey among booth visitors, 99% of respondents agreed that they learned new information about the effectiveness of the Action products from the VR experience, indicating that the unique storytelling medium had achieved its goal. Additionally, the experience captured nearly 200 new leads for Syngenta. 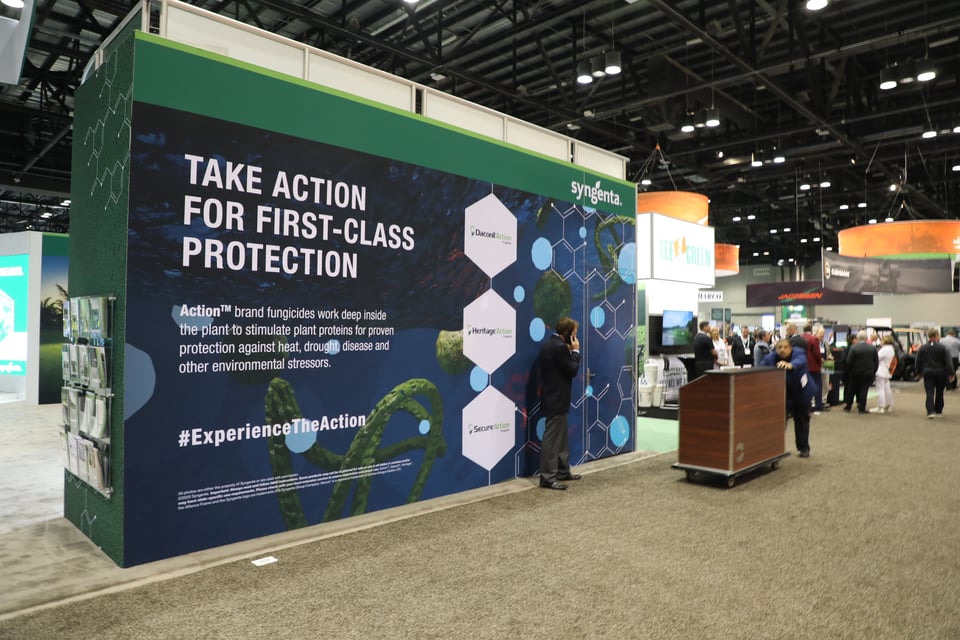 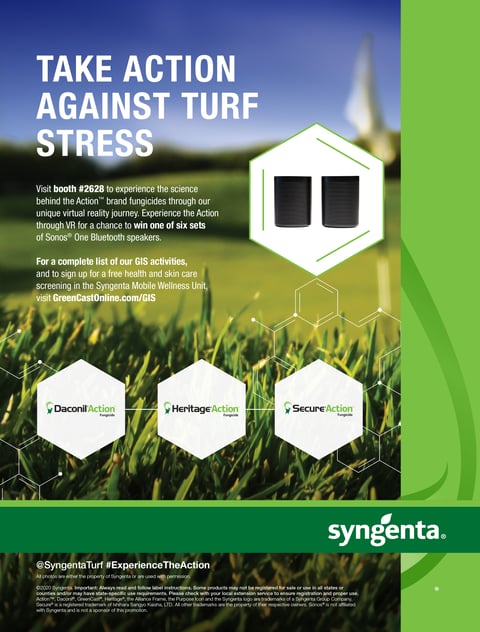 The lead generation outcomes of this campaign were impressive. But what makes you the most proud?

AD: The collaboration and innovation shown in this campaign truly blew me away. Partnerships among all departments — creative, accounts, and project management — led to a cohesive experience unlike any other. The VR was a venture into the unknown, and we were able to bring this world to life for the superintendents and our clients.

LN: For me, it was the successful execution of a fully-integrated, strategic campaign, which is so critical to ensuring your message is heard by your target audience wherever they are consuming information. It was also great to see the teamwork among so many people from G&S and Syngenta brought to life not only in the VR technology but in all aspects of the show.

Agribusiness | In Action
NEXT ARTICLE

Marketing to Farmers Across the Cycle

Keeping Your Values in a Downturn Remains as Difficult, and Important, As Ever